Saving Tens of Thousands of Dollars with 529 Plans

We’ve written about 529 plans before. And we aren’t alone in seeing their value. There are now almost 15 million 529 accounts with assets totaling over 425 billion dollars.

Where did these plans come from? How did they rise to prominence? Technically, these plans have been available since 1986, created by the eponymous Section 529 of the Internal Revenue Code. However, in 2001, they got a huge boost: instead of simply deferring taxable gains like an IRA or 401(k), as long as distributions are ‘for qualified higher education expenses’, distributions are also excludable for income tax purposes! This effectively makes the 529 entirely tax-free.

In this post, we’ll focus on the potential value of these relatively new income tax benefits.

The year is 2003. Grandma wishes to pay for her newborn granddaughter’s college education.

She has $75,000 and wants to immediately put it to work for her granddaughter. She considers either putting it into an account in her own name but earmarked for her granddaughter – Grandma’s plan is to pay for education costs as they come up – or to put the funds in a 529 account.

Ignoring the fact that these investments would have created some tax liability along the way via dividends, income, and capital gains realizations from rebalancing, at minimum, there would be $343,157 - $75,000 = $268,157 of long-term capital gains.

If Grandma had opened a 529 account for her granddaughter, the entire $343,157 could go toward her education. No taxes whatsoever. 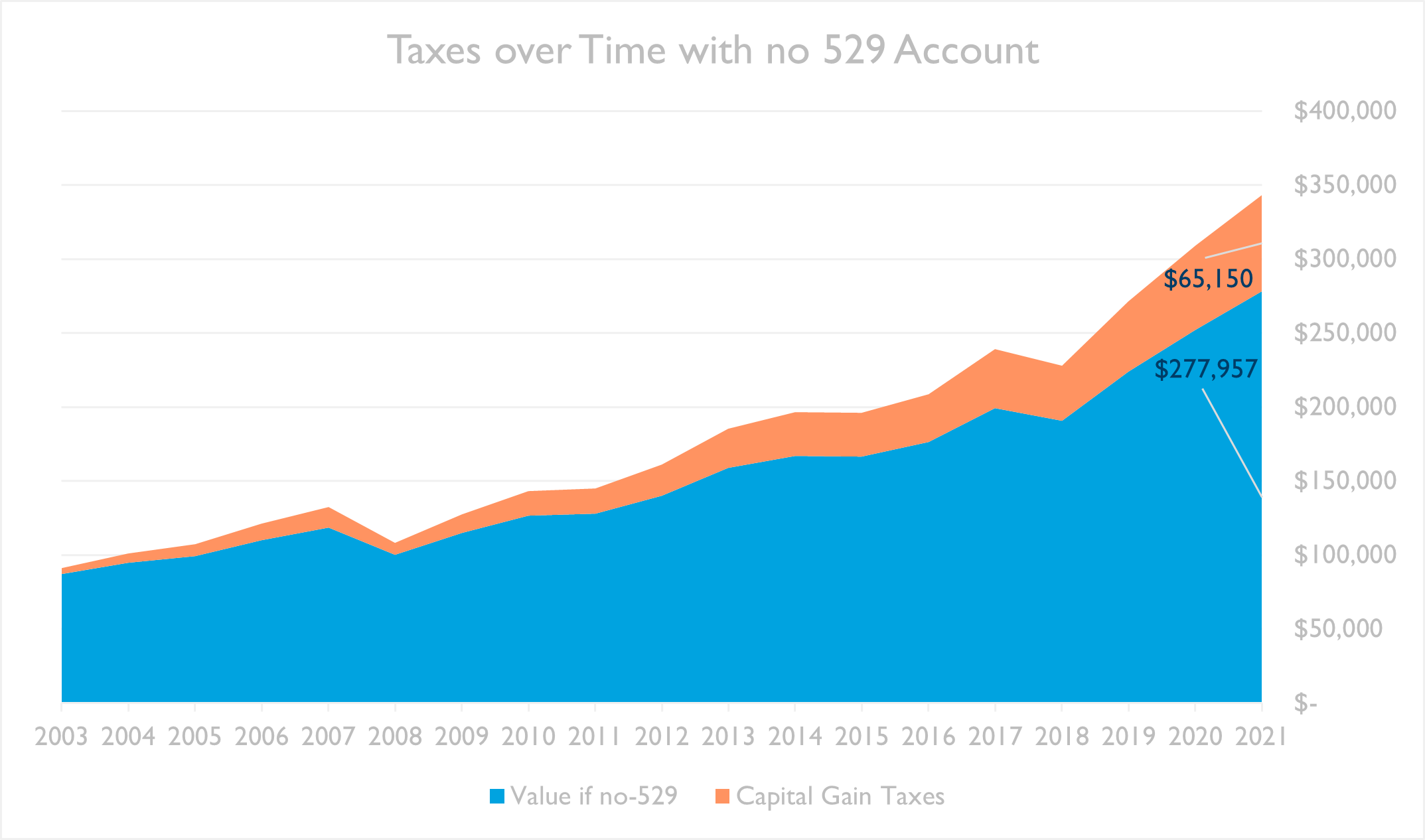 There are, as always in finance, other considerations to make. However, it is easy to see how this tax benefit, worth almost 100% of the initial investment in this example, makes the 529 the dominant education funding tool of our time.

Of course, taxes are just one piece of the puzzle. In a future article, we will explore potential pitfalls and how to avoid them. As a teaser: did you know that 529 distributions from a plan set up and owned by a grandparent can have negative implications for FAFSA-calculations and financial aid eligibility? How can one avoid this trap, you ask? A common strategy is to use a grandparent-owned 529 during the junior and senior years, but not earlier, to protect eligibility for financial aid.