Confessions of a Financial Geek - April 2018

OK, we admit to being financial geeks. Sure, we run spreadsheets, monitor markets, and dig through new tax laws, but it goes way beyond that. We see many of life’s adventures through the prism of the financial markets. Consider our views of the Winter Olympics, recently televised from South Korea. Through every event, every participant and even every uniform, we glimpsed parts of the financial landscape. 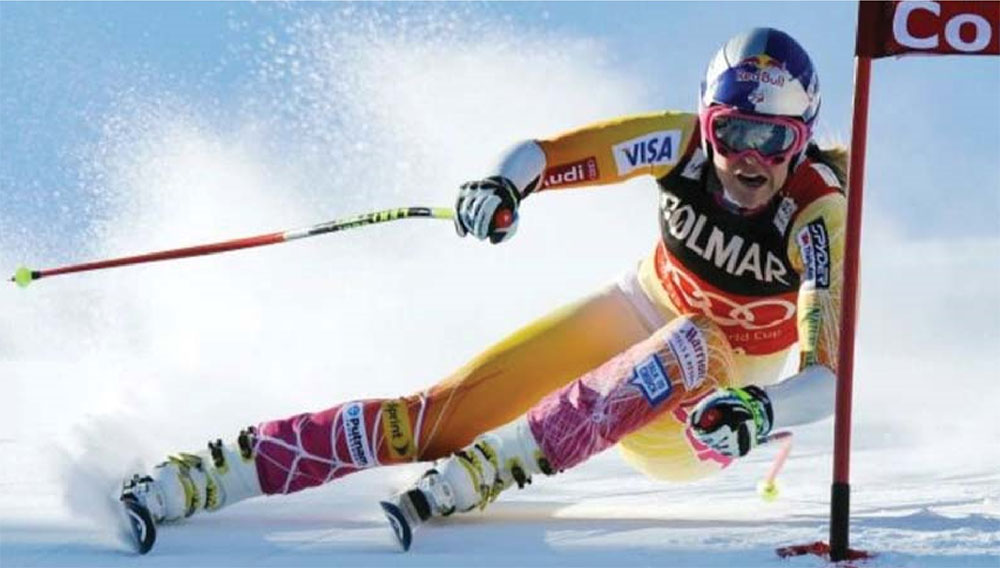 Watching Lindsey Vonn’s final run in the Olympics, one can see the pride of a long-time winner, her determination to keep it going, and the angle she cuts on the edges of her skis. We were reminded of a nine-year run with the economy and the stock market, still fighting, but getting a bit tilted. 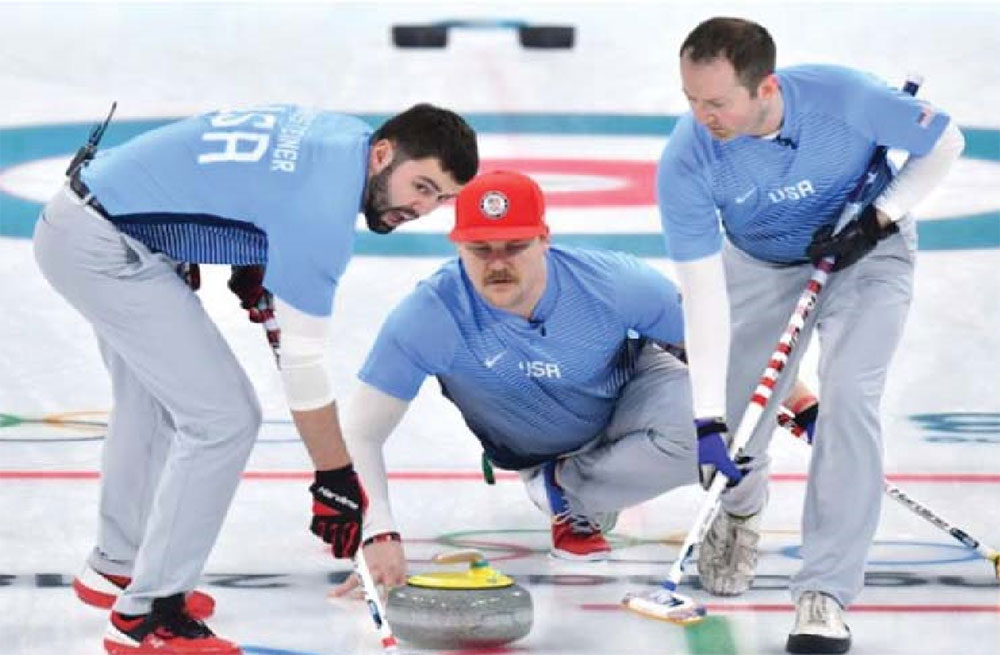 These three guys might look like electricians, but they delivered the first ever U.S. gold medal in the sport of curling. They remind us of our federal government. The man in the red hat represents fiscal policy - pushing the economy forward with tax cuts. The flanking guys with the mops act like the Federal Reserve Board - one has spent the last nine years speeding up the economy, but the other thinks it’s time to temper the speed. 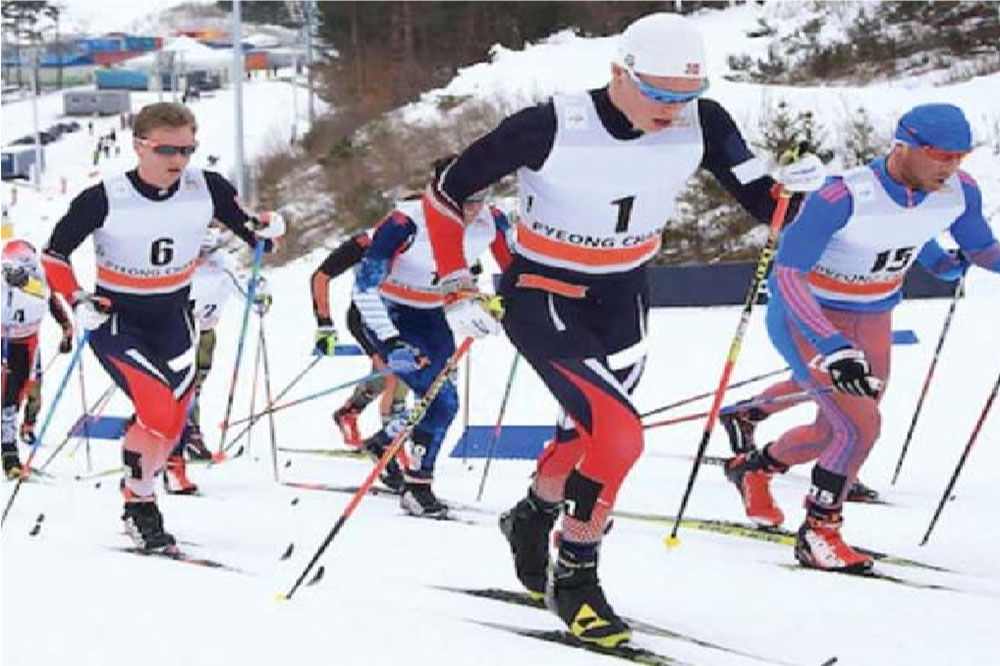 In September of 2017 Janet Yellen signaled an end to the Fed’s easy money policies when she said, “It would be imprudent to keep monetary policy on hold until inflation is back to 2%.” (1)

New tax laws were enacted on December 22nd. White House forecasts suggest that the tab for the changes will be approximately $2.3 trillion over the next 10 years. (2) Some of those costs will likely be recouped with higher economic activity, but how much is uncertain. Estimates include the government’s own Joint Committee on Taxation (net cost of $1 trillion) and The Penn Wharton Budget Model (net cost of $1.39 trillion). (3)

In February, new Fed Chair Jerome Powell intimated in his first public comments that the Fed might raise rates four times in 2018, instead of the three already anticipated: “Short-term borrowing rates have increased to their highest level in nearly a decade.” (4)

Economist Stephanie Pomboy estimates that the higher rates will result in a $75 billion increase to the cost of debt service for just 2018. “That alone would wipe out nearly all of the $80-to-$100 billion boost to growth forecast from the tax cuts.” (5) 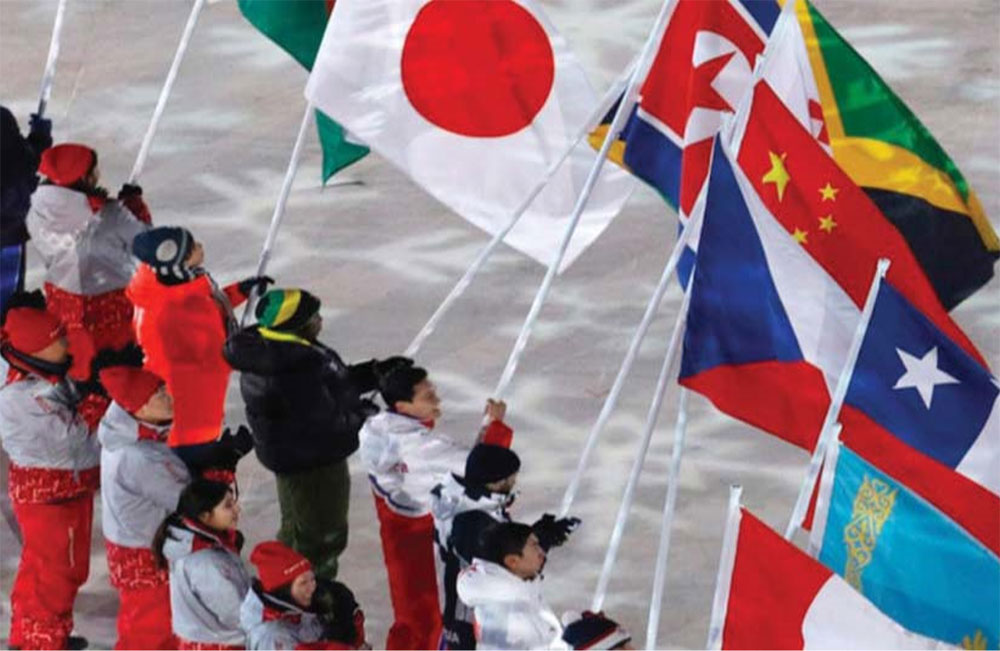 No event at the Olympics evokes the sentiment inspired by the opening and closing ceremonies. These flags waving side by side serve as a gentle reminder that the world can work harmoniously, even if it’s only for two weeks.

We saw those flags and were reminded of the perception that free trade might be jeopardized. We don’t know if that’s reality or just a negotiating posture, but the financial markets’ response to the threats were unambiguous. China responded to the issuance of new trade tariffs with the not-so-subtle reminder that they happen to be our biggest lender. “We’ve been told for our entire careers that trade wars made the Great Depression worse. And we believe it,” said Bruce McCain, chief investment strategist at Key Private Bank. (6) 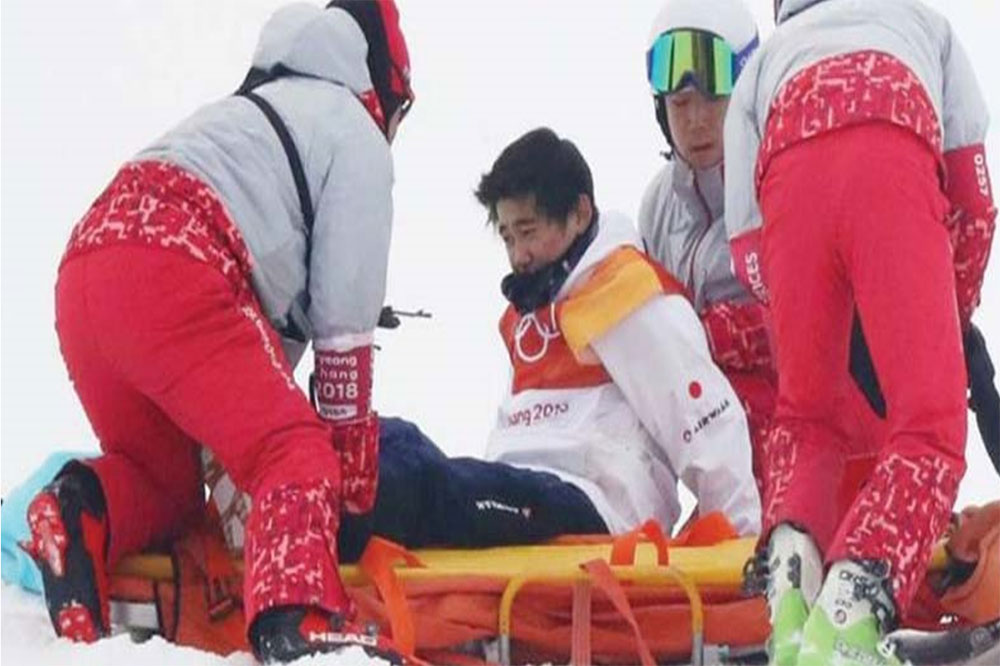 Crashes and injuries, always part of the Olympic landscape, seem to have become more sensational due to increased speeds and heights. Ditto for tech stocks. Amazon (not officially a tech stock) Facebook and Tesla all stumbled this quarter. All have grown to significant sizes with steep valuations, leaving plenty of room to the downside. Amazon only fell 4% in March and remains up for the year, but Facebook is down 17% from recent highs and Tesla is off by nearly 30%. These aren’t just big and popular names. Because of their size (Amazon and Facebook are both amongst the six largest companies in the S & P 500), each exerts an inordinate level of influence on the market cap weighted index performance. In other words, a downward move from bigger stocks hurts index performance more than poor results from smaller stocks. 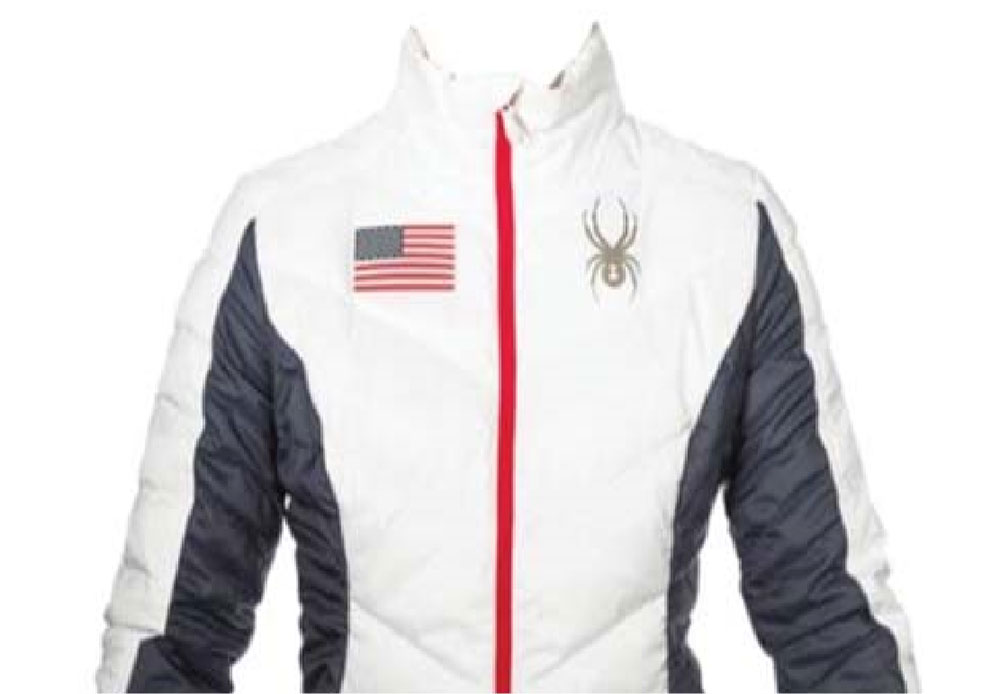 Spyder brand clothes adorned U.S. athletes at the Olympics. To us, this reflects the intricate web between injured tech stocks and the overall market. Will the administration’s current rhetoric against Amazon stay limited, or will online retailers face increased regulations? Could Mark Zuckerberg’s testimony before Congress impact government actions or the willingness of consumers to share personal data online? How will the two accidents that involved self-driving cars impact Tesla?

Aside from AI (artificial intelligence), self-driving cars represents the biggest driver in the technology space (pun intended) – stirring optimism about the integration of chips, sensors and cameras, and raising stock prices accordingly. So, any miscue in this space produces spillover risk across the entire technology sector. 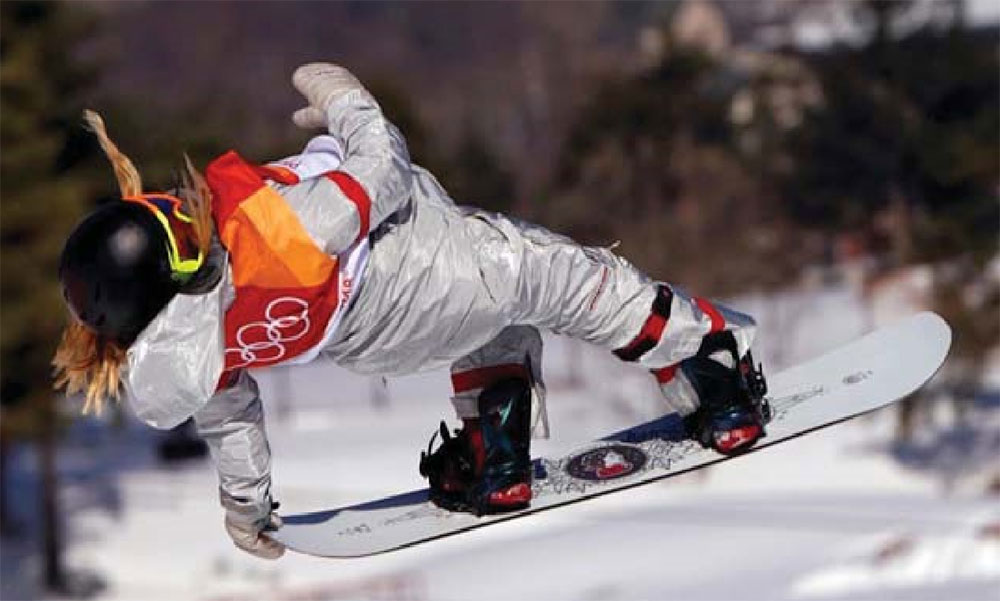 Chloe Kim is going to be a star, and not just a gold medal winner in the half pipe. To get there she soared high and floated down, twisting and turning in the process. She makes us think of the stock market.

Cruising along near the end of January, the stock market hit the obstacles of rising interest rates, threats to free trade and tumbles in the technology sector. The S & P 500 peaked at just under 2900 but dropped to 2600 in February and again in March. The Teflon market that refused to drop by even 5% in 2017 had twice drifted down beyond the 10% threshold for a correction. The nine-quarter winning streak for the S & P 500 came to a screeching halt.

This has been the relationship between stocks and bonds for the past 35 years. Since 1982 the stock market (S & P 500) has only endured five negative years – no typo. The years were 1990, 2000 - 2002 and, of course, 2008. In those five years, intermediate term bonds (the type we buy for your portfolio) have returned an average of 9.7%. When stocks sputtered for the past several decades, bonds provided the ballast. Why?

Because the potential for recession represented the biggest risk in each of those market downturns. In each case, the Fed responded by easing interest rates (which increases bond prices). In addition, the global “flight to quality” playbook calls for the purchase of U.S. Treasury Bonds (higher demand increases prices).

Not today. The first quarter of 2018 brought considerable headwinds to both stocks and bonds. Synchronized global growth with full employment in the U.S., further stimulated by tax cuts, has fueled the resurrection of an old bogyman – inflation. Tariffs can raise the price of goods for all consumers.

With the Olympic torch working its way to Beijing, it’s time to look ahead.

What should we do about the aging economic cycle, rising interest rates and mounting debt? Tempting as it might be to introduce our new backside flip and inverted rotation (names of actual snowboard maneuvers), our strategies remain distinctly more old school.

Cash represents the most stable asset class in a rising interest rate environment and remains an integral component to our portfolio design. Not only does cash provide dry powder to facilitate rebalancing back into stocks after prices have fallen, but cash has outperformed intermediate bonds in 15 out of the past 44 years. (7)

Despite our ability to own bonds that mature up to 10 years out (the definition of intermediate term), we continue to limit those maturities to six years, thus reducing the impact of rising rates. In tax deferred accounts, we use The Merger Fund as a source of additional diversification. The fund movements do not typically correlate with either stocks or bonds.

We have and will continue to emphasize stocks with low and manageable levels of debt. Although a slowing economy clearly represents risk to companies operating “on their edges”, even less economically sensitive companies are exposed to rising short-term interest rates. The low debt posture of stocks held in WCF-managed portfolios typically hurts performance in robust bull markets but serves as a shock absorber when the road gets icy.

Rather than putting on our racing skies or hunkering down in the lodge, we plod forward and never lose track of the reality that weather on the mountain can change rapidly.